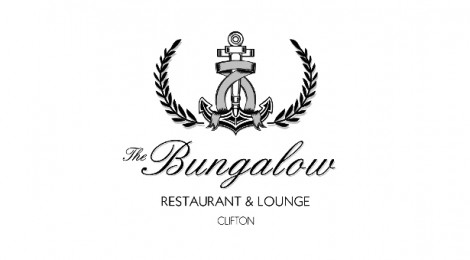 As much as I would like to rave about this spot, I unfortunately would be doing the authenticity of this blog an injustice if I were to tell you that my experience was a good one. It is very unfortunate that this is the case, as The Bungalow itself is one of the most prime if not the most prime venue on the Atlantic Seaboard.

Situated right alongside the Atlantic Ocean in the trendy and upmarket suburb of Clifton, watching sunsets go down over the ocean, sprawled across white cotton cushions sipping on a cocktail while snacking on sea-food cannot really be beaten. Was this the experience I had you ask? Unfortunately not!

The Bungalow (previously La Med) has rebranded in the last year or two, re-orienteering its’ offering towards a more mature crowd with far more distinguished tastes and preferences when compared to its clientele as La Med. From a commercial point of view I certainly do not question this move as I could only imagine what financial gains this has brought the owners of the restaurant, The Kove Collection. In addition, I think the change of tack was induced by calls from the residents to the area whose streets were likely overrun with loud, juiced-up youngsters in the times of the Goldfish Submerged Sundays at La Med – not that I am complaining, but they may certainly have.

Financials aside, I feel like Cape Town lost a little bit of its character in this move, as the blue and white chic rolled in along with upturned noses and hollow conversations to match. Whatever the case, the point is not to judge the caliber of the patrons but rather the quality of the offering.

It is at this point where my opening line referring to ‘retaining the authenticity of this blog’ comes in to play in that although I do not like slandering venues, I do feel it necessary to give an accurate account of the experience.

With the above said, at an upmarket establishment like The Bungalow where you are paying a significant amount for a meal, the last thing you expect is for the quality of the food and presentation to be poor – you are there for a meal at the end of the day. So imagine my shock and the shock on the faces of those with me at the time when after ordering “medium-rare” sirloins with accompanying sauces exceeding R160, receiving what could be best described as nuked minute steaks the texture of leather with thimble sized sauces. In fact the one side sauce was so small that it was thought to be a salad dressing – really not a good start.

I would have liked to attribute the above to a one-off bad experience. It is however with concern that I should mention that this sentiment has been expressed to me by others who have shared similar experiences over the last few months. I stop to wonder whether this is something that The Bungalow think that they can get away with due to their extreme popularity during the peak tourism months, as passing tourists are unlikely to be return visitors whatever the case? I really hope not as local business in the lean tourism months is often cherished by those playing in the hospitality game.

Let me not harp on the negative. Food aside, the location is amazing. The view is sensational and the decor, although maybe a little garish (personal preference), does the trick. The staff are all very on the ball and the atmosphere, if you can surround yourself with good people will trump any awkward or high-falluting individuals.

This experience went to show, as I have mentioned time and time again, how an outing to a restaurant is a success due to a combination of factors. I stand to be proven incorrect in saying that no single element within these factors can carry an evening without support from the others. In this case, the location, the venue and the staff were all of a good standard, however what vastly let the restaurant down was its offering on the plate.

If for some drinks and perhaps watching the sunset, I  encourage you to pay The Bungalow a visit, but I strongly suggest steering clear of the menu unless something were to change.

Comments are closed, but trackbacks and pingbacks are open.

The infamous Bloukrans Bridge over the Storms Rive

Great little walk to do if you’re ever in Plette

If you’re ever in Tulbagh be sure to pay Obiqua

A bit of theatre. @fablecpt

If you’ve never been, do yourself a favour and p

Views from the top of Franschoek. #winefarm