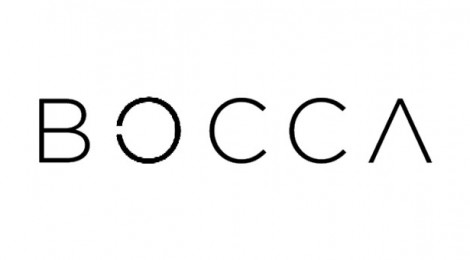 I’m afraid I was pretty underwhelmed by Bocca. In general the tapas were of a good standard but the true hero dish of which I had read so much about as the shining light of the Cape Town pizza world, as you would have guessed “the pizza”, was a complete disaster.

Watching the space transform during the pre-opening phases, I was extremely excited to see what could be coming to what has become quite a foodie area of Cape Town, Bree Street. As the exterior wood panelling went up it became more obvious that we were in line to receive another restaurant on our door step and when it eventually opened as “Bocca” I was thrilled at the potential.

For whatever reason, I had not yet got around to eating at Bocca until now,  a good 5 or so months since its opening. In the lead up to this evening out I had heard much chatter around this new trendy spot with a good food offering, so naturally my interest was very keen.

The reality of the evening unfortunately played out in a very different fashion to what I would have hoped for.

As a start I think there is a massive failing in the restaurants layout. Having been seated in the upstairs section directly in the centre of the room, I felt like I was seated at an airport cafeteria where the layout is created such that people feel a little cramped and uncomfortable so as to allow for the regular turning of tables – ideal for an airport but certainly not for a fairly high end Italian restaurant.

My second area of concern was the breadth of the menu. I am as happy as the next person to visit a place the likes of HQ, where you have one option and that is it, take it or leave it. This is fair enough for me as you know what you are getting when booking there and so you accept this. The fact that HQ does this model well is all credit to them.

However, when going to a restaurant like Bocca, one expects a menu with some breadth so as to cater to all tastes. This was definitely not the case. You either eat tapas style and share with those at your table or you have a pizza. Fair enough, a large portion of their menu is geared towards tapas style eating, but I personally feel that the rest of the characteristics of the restaurant are not oriented toward this style of eating and so the menu and the “rest of the offering” are out of alignment leading to a confusing and somewhat unpleasant overall experience.

My last and most significant issue was the quality of the pizza. I may be entirely out of line here but a chewy, wet pizza base is not my idea of authentic Italian pizza (Naples style as I understand it from their website). Either there is something out of sync with the manner in which Bocca prepare pizzas or I am simply not privy to a  style of Italian pizza which I may not yet have been exposed to in life. Whatever the case, I and many others whom I have spoken with since have been of the same opinion.

I would really love to say that Bocca is a new great destination which should be on your list when next deciding when to eat out, but I would be doing you a massive injustice. Perhaps it is teething pains, perhaps something needs to change to align what peoples expectation about the offering are before they enter, but something is currently and unfortunately not right.

Saying this, queues outside this establishment are not short, nor are they rare, so there is something that Bocca is doing right. Whether it is doing a good job at selling a dream I am not certain. The longevity of this restaurant is something which would concern me – although for the owners’ sake I do hope that I am wrong.

Comments are closed, but trackbacks and pingbacks are open.

The infamous Bloukrans Bridge over the Storms Rive

Great little walk to do if you’re ever in Plette

If you’re ever in Tulbagh be sure to pay Obiqua

A bit of theatre. @fablecpt

If you’ve never been, do yourself a favour and p

Views from the top of Franschoek. #winefarm